Exclusive: Yvette Nicole Brown Dishes About Life On And Offscreen

Find out how Yvette unplugs and what she has in common with her character on The Odd Couple
Fans might best know Yvette Nicole Brown as Dani, Oscar Madison's right-hand gal on The Odd Couple, but there are so many more unique layers to this talented actress and comedienne. For example, did you know the Cleveland native loves puzzles and considers herself a self-proclaimed TV addict?

Find out what Yvette has to say about her role on the show, what hobbies she enjoys in her down time, and what's the best piece of advice she ever received from a mentor.

What’s been your favorite scene to shoot from Season 2 of The Odd Couple?
Yvette Nicole Brown: "Dani has an epic fight with Oscar in an episode this season. I loved getting to play with Matthew [Perry] in that scene. His reactions to Dani's ire were hilarious!"

How did you feel when Emily and Felix got together? We know Dani was the couple's biggest cheerleader.
Yvette: "Dani is super excited for them but, with those two, she knows her job is not done. So many quirks! For that reason, Dani is still a voice of reason and encouragement for them every step of the way." 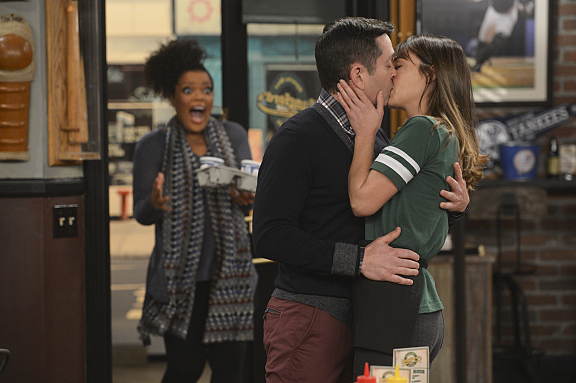 What's your approach when it comes to running lines?
Yvette: "I am the worst when it comes to learning lines. Don't get me wrong, I work hard at it and I'm not a slacker at all, but I just never feel like I've got 'em, you know?

For that reason, I stash scripts all over the set. My favorite hiding place is the desk Dani is always shuffling mail in front of. There's also a huge bowl on the counter in [Oscar and Felix's] kitchen. When I'm entering from the kitchen, I cram until the very last second, then stash my script in that bowl once I hear, 'Action!' It is always just mayhem and shenanigans."

What’s a hobby or interest that fans may not know you have?
Yvette: "Folks may know this, but I love puzzles, knitting, and bowling—basically, anything the cool kids are doing. All the cool kids do puzzles on Friday nights, right?"

What’s the best piece of advice you’ve ever received from a mentor?
Yvette: "'How you start is how you finish.' To that end, I endeavored to start my entertainment career with integrity and kindness. Finishing that way is my ultimate goal. More than anything, I want to leave everyone better than I found them; same for every job I'm ever blessed to have."

How do you unplug?
Yvette: "I love television and am a huge fan of other actors, so I unwind by binge-watching loads of television." 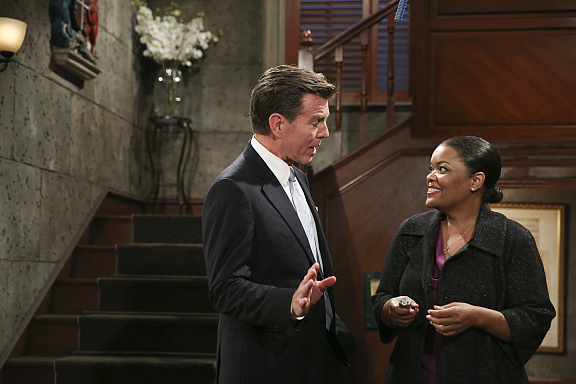 Aside from Lois, if you had to choose another role for yourself on Daytime TV, what kind of character would you play?
Yvette: "I'd love to be one of those characters that wakes up from a coma with amnesia. My name would be Jane Doe, but the viewers at home would know that I'm the secret twin sister of the town's biggest troublemaker who's there to give that wicked sister a run for her money!"

Watch a clip of Yvette guest starring as Lois on The Young and the Restless here:

What do you have in common with Dani, and what are the glaring differences?
Yvette: "Dani and I are both from Cleveland and are both single. Those are the main similarities. I also have been known to give unsolicited advice to my friends. Hopefully, it's good advice. And I believe we're both cheerleaders of others and hopeless romantics."

If you could choose one person as your partner on The Amazing Race, who would it be and why?
Yvette: "Lin-Manuel Miranda because after experiencing the wonder that is Hamilton on Broadway, I believe there is nothing he can't do and do well. Runner up? My buddy Jeff Probst because he's a great conversationalist and he knows his way around challenges and eliminations. With that Probst, I could win it all!"

Watch Yvette light up the screen in all-new episodes of The Odd Couple on Thursdays at 8:30/7:30c!

Plus, check out what's ahead in Season 2: