Though he was voted out of Season 40, Ethan proved he's still got plenty of fight left.
In the time since Survivor: Africa winner Ethan Zohn first played the game, babies born that year have now entered high school.

In those 16 years, Ethan has helped launched a successful non-profit organization and survived a battle with cancer, culminating in a return to Survivor with Winners at War, the landmark 40th season of the pop culture phenomenon where 20 previous champs compete for a record $2 million.

Though he was voted out of the Sele Tribe in Episode 3, Season 40 includes the Edge of Extinction twist, an island where cast-off players await a chance to return to the game—if they can survive the elements.

STREAM: Full Episodes Of Survivor: Winners At War On CBS All Access

Before his exit, in an effort to collect a piece of in-game currency known as fire tokens, Ethan endured a brutal physical challenge that wound up being a moment of incredible inspiration.

We caught up with Ethan to talk about staying positive on Edge of Extinction, why he came back to Survivor, and his fondest memory of playing the game. 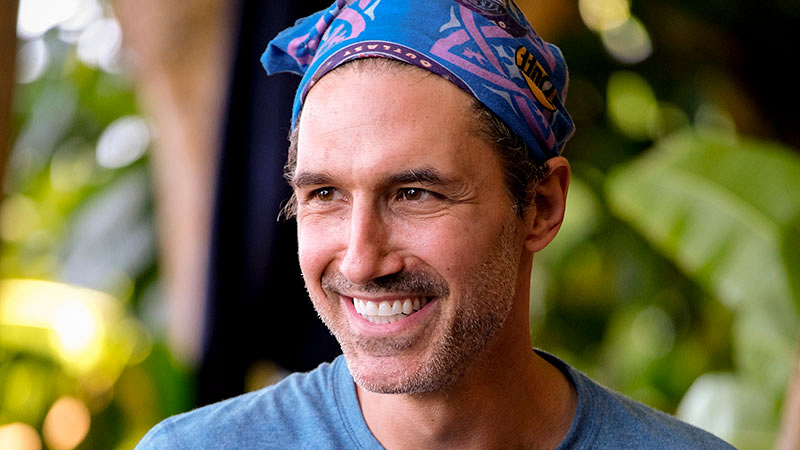 It's been 16 years since Survivor: All-Stars and you've been through a lot in that time. What led to your decision to play this game again?

Ethan Zohn: Has it been 16 years? I couldn't tell! [Laughs.] I'd always assumed that something like this was going to happen. They'd done returning seasons before and actually, when I was watching Heroes vs. Villains, I was literally in the hospital getting my second stem cell transplant hoping that I'd get to a point in my life where I could play again.

When the time [comes] around to have the opportunity, it's not something you can pass up. This show has been on for 20 years, 40 seasons, and to be one of the select few to be brought back was an honor. And for me, a perfect bookend for this incredible life Survivor has given to me and a way for me to pay tribute to everyone who has come before me and everyone who played after me. 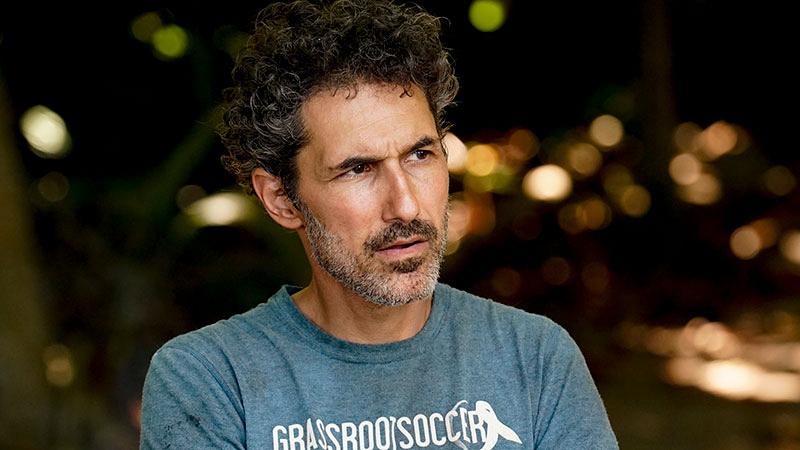 To that point, was it a concern having to adapt to how the game has evolved since the last time you played?

Ethan: Definitely a little bit, but I'd been watching the show up to this point so seeing the transformation from when I played—like slow-motion underwater with no Idols, clues, ways to get back in the game, or currency—to what it is now, it's a completely different game.

I was excited for that challenge. I believe in putting yourself in new and unknown sets of circumstances so you can grow and respond to these challenges, and that's what Survivor is all about. It's about adapting. It's being able to play the game of Survivor with the set of rules that they have at that moment in time. I was super excited to see how I [did].

So was your strategy going into the game impacted at all by knowing you'd be joining other winners, some of whom you're friends with?

Ethan: I was actually more excited that they were all winners. Flashing back to 2004 when I played in Survivor: All-Stars, the first returning season ever, there were only four winners and everyone ganged up on us. Going into that, I had no chance, in my mind.

So when it was all winners, I was happy about that because it's an even playing field. Everyone's a winner and everyone's got a great resume coming into this.

Sandra's won twice so maybe she's in a different category, but I wasn't really that intimidated by seeing or facing off with anyone out there. I'm old school. Original gangsta! So I was excited about facing off against these players that I've watched. 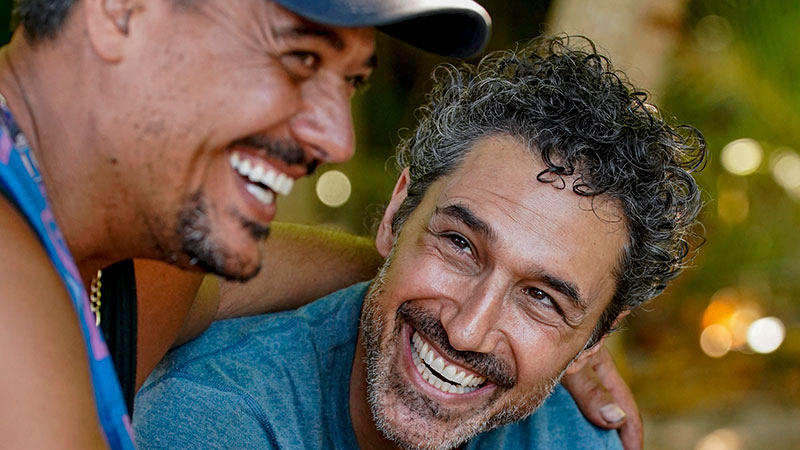 You mentioned being an "old school" player, and we've seen a lot of old school versus new school rivalries so far this season. Were there any new school players who really impressed you?

Boston Rob had to play freaking four times before he won! But he learned every step of the way. So I'm attuned to that and I'm no different, so I knew going into this I wanted to align with new school players, old school players, and that's why you saw me align with Parvati and Rob, but then I had a little side gig going with Adam.

So that challenge on Edge of Extinction was one of the most inspiring moments ever seen on this show, and in this season for sure. Why was completing the task so important to you, even after nearly passing out?

Ethan: Fire tokens, man! [Laughs.] It's all about the fire tokens. But there's the new twist in this game, the Edge of Extinction, also known as purgatory. It's between life and death. You're kind of in the game, you're kind of out of the game, and our only hope was these fire tokens.

So when they dropped the little clues to tell us what the challenge was, I was like, "Oh! I can go up that thing 20 times, no problem!" And no one really knows how these fire tokens are going to be used, we had a little menu, but everyone is just kind of hoarding them and not really knowing when they'll come into play.

So for me, that was life inside the game. So if I could get any sort of advantage in any way, shape, or form, then I would do it. So I had to push my body to the limit trying to get this fire token.

I knew, the way the game is organized, that people are going to be coming to Edge of Extinction and you just have to take advantage of every chance you get at that moment. So there was really no stopping for me, despite what my body wanted to do. 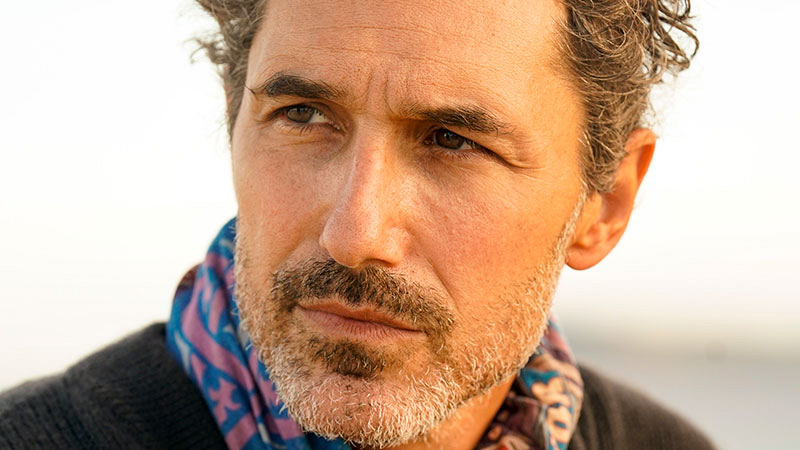 What did it mean to you when the other three joined you on the last leg of the challenge, knowing how depleted they were as well?

Ethan: Yeah. I mean, that, for me, was a day I'll never forget for the rest of my life. Here we are, in this game that celebrates being evil and conniving and backstabbing. It celebrates isolating yourself in these communities because you want to be the last person standing.

It's not often that we have a moment where, in the middle of this huge competition for $2 million, where in theory they should probably have let me suffer and die because it's one less person they have to compete against. But the opposite happens. Amber, Danni, and Natalie rallied behind me and literally helped me up that last leg of the challenge.

They had already finished. They've done their 20 trips and now they're going to go one more time, just to help me up there? I don't know where that comes from. Survivor at its core... we're people. We're humans. We have emotions and feelings and empathy and compassion. I think that just transcended the game for that brief moment and it was just beautiful. 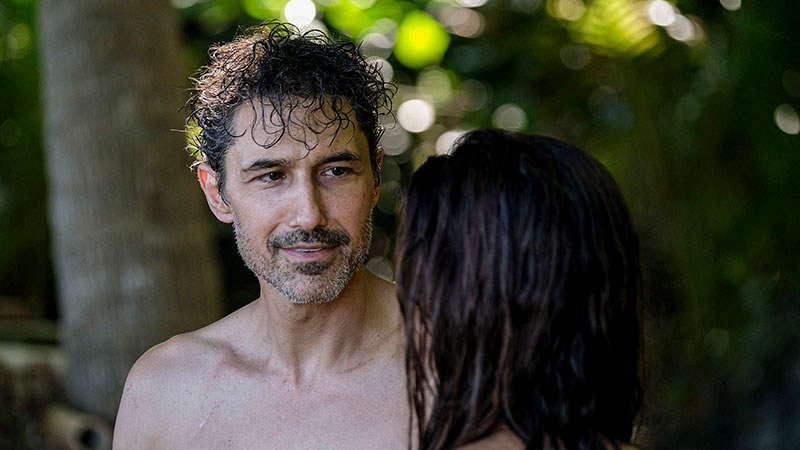 It was an awesome moment. Are the bonds that you form on Edge of Extinction, where you're still playing the game but have more time to reflect, more intense than when you're actively in a Tribe and doing challenges and strategizing?

Ethan: Good question. There are less things happening at any moment. There's more time to hang out with each other, but it's in a different context. We're really surviving out there on the Edge of Extinction. This place is horrible. I guess it's a little bit more like the old school game where we're a community, we're a Tribe, where we're trying to help each other get through every day.

But then in the back of your mind, you're like, "Okay, I'll put this sword in your back whenever I can." So it's this weird dichotomy, similar to the real game, but with a little bit more camaraderie as you saw in this recent episode.

How do you hope your return to Survivor makes an impact on people who have been through, or are currently going through, cancer?

Ethan: Unless you are a huge Survivor fan and followed my personal story for the past 20 years, you have no idea that I went through cancer. But you said the word "impact" and that's my life. I want to just make an impact in whatever way that I can. And I'm good at being on reality TV! [Laughs.]

So this, for me, was not only an opportunity to come back and play for $2 million but an opportunity to have a platform. To maybe share some of the details of my life that might help other people out there, I don't know. There's a deleted scene that just talked about some of my strategies coming into the game, and one of my strategies was to achieve some other goals and other ways to win on the show.

I mentioned seeing the sunset, the sunrise, catching a fish, lighting a fire, making some friends. I definitely came into this show with a little bit of a different attitude in the sense that there were a lot of different ways I could win this season. For me, personally. So just for me to be able to get to this point in my life and be able to play Survivor, was a win. And to be able to be out there and achieve some of those life goals versus game goals, was also a huge win for me. 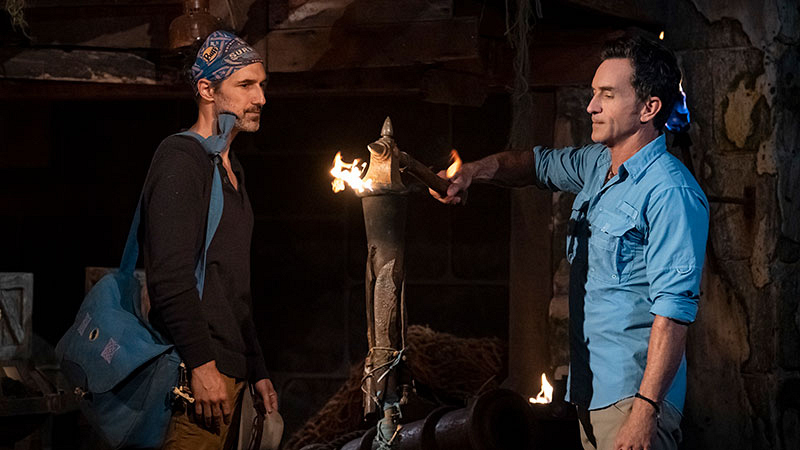 So I feel like overall, up to this point, it's been a wonderful experience. Obviously, I hated getting voted out. I don't think I deserved it. I got caught in the crosshairs of a silly, impatient millennial whose name rhymes with "Sad-Am." [Laughs.] That was very disappointing but there were some other things I got to do to make it a wonderful experience.

So I guess my message to other people is there's life after cancer, everything is temporary, there's always hope around the corner. On the Edge of Extinction, the incredible thing is that you're sitting on this island with nothing to do or eat or whatever, and you've got this mast in the middle of the island that you can pull and leave at any moment.

But if you don't, you've got to sit there, you've got to suffer, and you just have to wait for that moment. And that moment can come at any time in Survivor. You never know what's around the corner. And that hope is what anyone needs, whether it's on Survivor or going through cancer or any challenge in your life. You just have to keep the hope alive.

Over the seasons that you've played, besides winning, what would you say is your fondest memory?

Ethan: I always say it, and it's a little cliche now, but it goes back to the episode of Survivor: Africa where I won the Reward Challenge and I got to go to his little village in Wamba and I ended up playing soccer and hacky sack–my luxury item—with little kids. I gave this luxury item to this little kid when I left.

But that was the moment that changed my life forever. Got home from the show, used the money to co-found Grassroot Soccer, which is a charity that is now operating in 50 countries and has graduated 2.3 million kids through the program.

So not only is Survivor creating fans around the world, which it is, but it's also saving lives in a really tangible, meaningful way. I don't think people realize that. 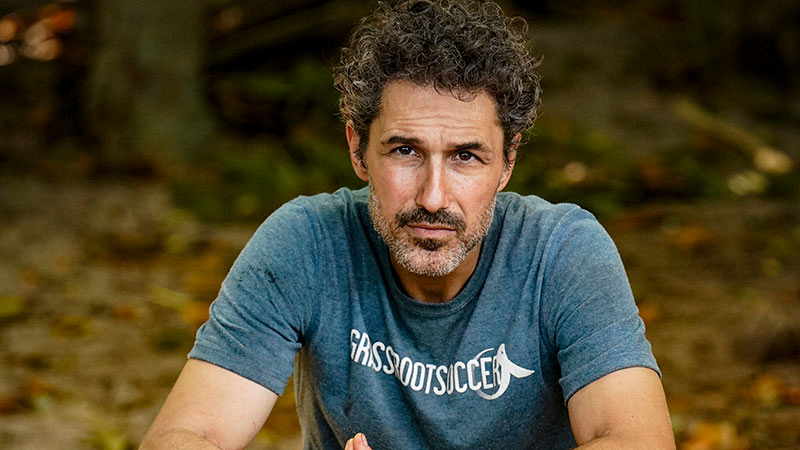 Watch all-new episodes of Survivor: Winners at War on Wednesdays at 8/7c on CBS and CBS All Access.