New episodes will be released weekly on Thursdays, exclusively for CBS All Access subscribers.

The struggle between light and dark, as well as good and evil, builds in the official trailer for Season 2 of CBS All Access Original Series Strange Angel.

The series follows the bizarre true story of Jack Parsons (Jack Reynor) as he furthers his ambitions to pioneer America's first rocketry program while practicing sex magick as a devotee of Thelema, the religion of one Aleister Crowley (Angus Macfadyen).

As the trailer shows, Jack is forever reaching for the moon but is caught between two worlds: science and the occult. 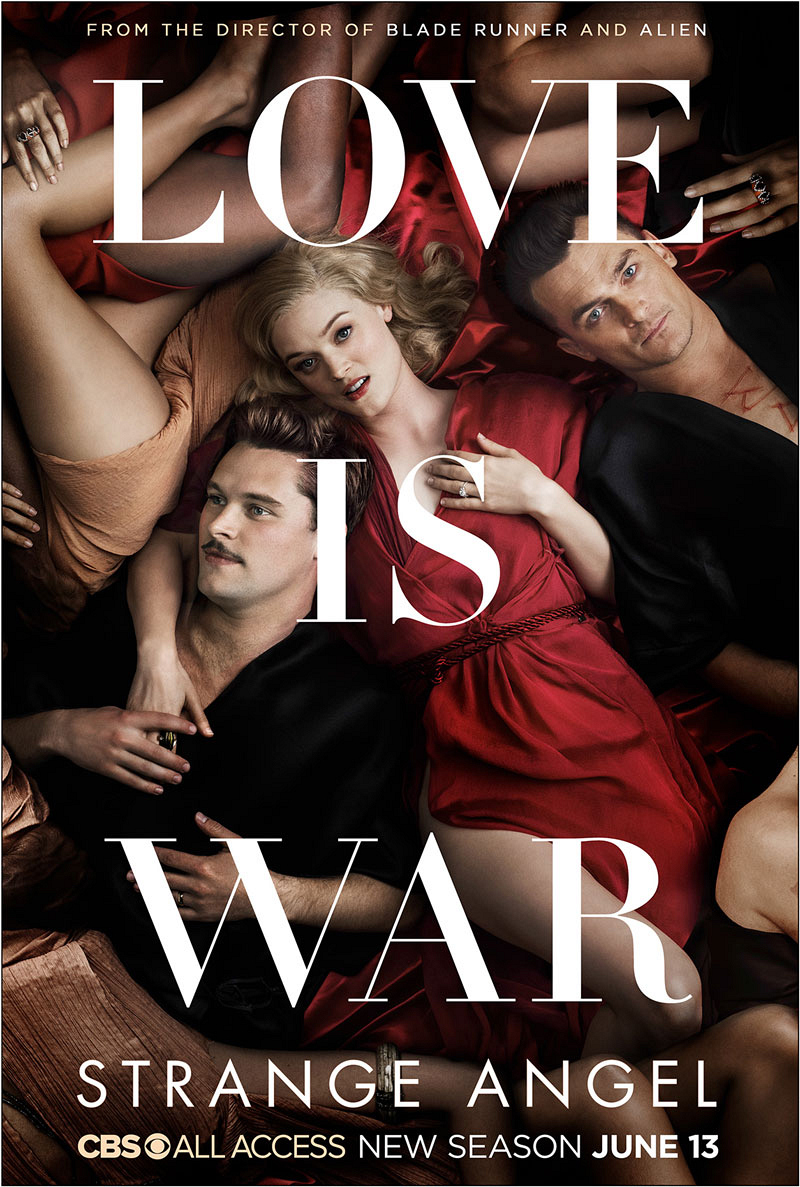 At the conclusion of Strange Angel's first season, Jack and his team at Caltech made a scientific breakthrough that secured military interest as the country neared the brink of war. In Season 2, the U.S. is fully engaged in World War II, which transforms Jack's rocketry work into a lucrative business and further entrenches him in the military-industrial complex.

While Jack's career takes off, he and his wife Susan's (Bella Heathcote) devotion to their new occult religion grows, leading them to invite the sex cult into their Pasadena mansion, which sparks Jack to forge a personal relationship with the group's notorious founder, Aleister Crowley himself.

The entire first season of Strange Angel is currently available to binge on CBS All Access.