How To Stream Star Trek: Prodigy On Paramount+

The newest addition to the Star Trek family premieres on Thursday, Oct. 28 with a one-hour episode, exclusively in the U.S. on Paramount+. The series will also be available to stream on Paramount+ in Australia, and coming soon to additional international territories.

What is Star Trek: Prodigy about?
The CG-animated series from CBS Eye Animation Productions and Nickelodeon Animation Studio follows a motley crew of young aliens who must figure out how to work together while navigating a greater galaxy, in search of a better future. These six young outcasts know nothing about the ship they have commandeered–a first in the history of the Star Trek franchise–but over the course of their adventures together, they will each be introduced to Starfleet and the ideals it represents.

In the one-hour series premiere, "Lost & Found," a group of lawless teens, exiled on a mining colony outside Federation space, discover a derelict Starfleet ship. Dal (Brett Gray), a 17-year-old of unknown species, must gather an unlikely crew for the newfound ship if they are going to escape Tars Lamora, which is ruled by the ruthless tyrant known as The Diviner (John Noble). He and his daughter Gwyn (Ella Purnell) have other plans for this ragtag team.

How do I watch or stream Star Trek: Prodigy online?
It's easy! Just sign up for Paramount+, which is currently available online at ParamountPlus.com and on mobile devices via the Paramount+ app for iOS and Android. The service is also available to stream across a wide number of platforms, including smart TVs, connected-TV devices, online, mobile, gaming consoles, and leading OTT providers. 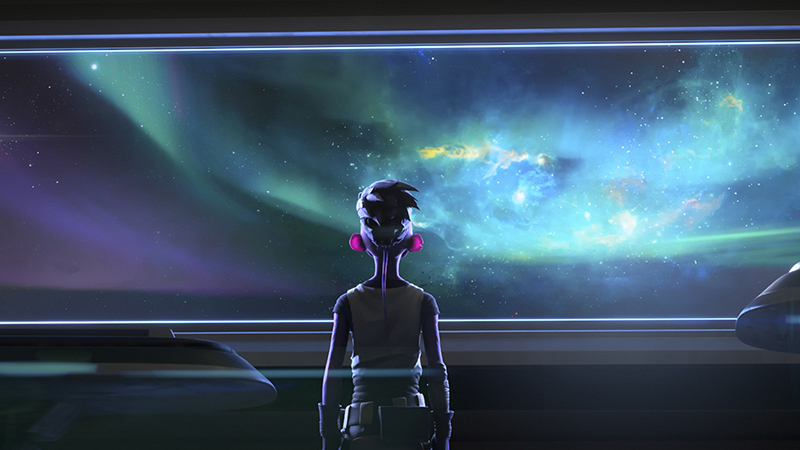 Not only will Paramount+ let you stream Star Trek: Prodigy, but Star Trek fans also get an impressive lineup of other shows from the Star Trek Universe, including Star Trek: Lower Decks, Star Trek: Discovery, and Star Trek: The Next Generation. You can also stream other Paramount+ original series like EVIL, Guilty Party, Why Women Kill, and so many more.

You will also get CBS primetime shows like NCIS and Young Sheldon, and specials like the GRAMMY Awards.

Stream the series premiere of Star Trek: Prodigy on Thursday, October 28, exclusively in the U.S. on Paramount+.