There's an all-new episode of Star Trek: Picard and this week on "The Ready Room," viewers get two guests for the price of one!

If you're still a stranger to "The Ready Room," you can catch the first five installments on CBS.com, Facebook (@StarTrekCBS), IGTV (@StarTrekCBS), and YouTube (CBS All Access). New videos debut every Thursday in the hours following the latest episode of Star Trek: Picard at 10 AM ET / 7 AM PT.

Star Trek: Voyager—and now, Star Trek: Picard—actress Jeri Ryan joins Wil Wheaton (Star Trek: The Next Generation) on this week's "The Ready Room," where the pair discuss the return of Ryan's character, former Borg drone Seven of Nine; her new place in the universe as a Fenris Ranger; and what it's like coming back to the Trek universe.

Spoilers abound, so proceed with caution! 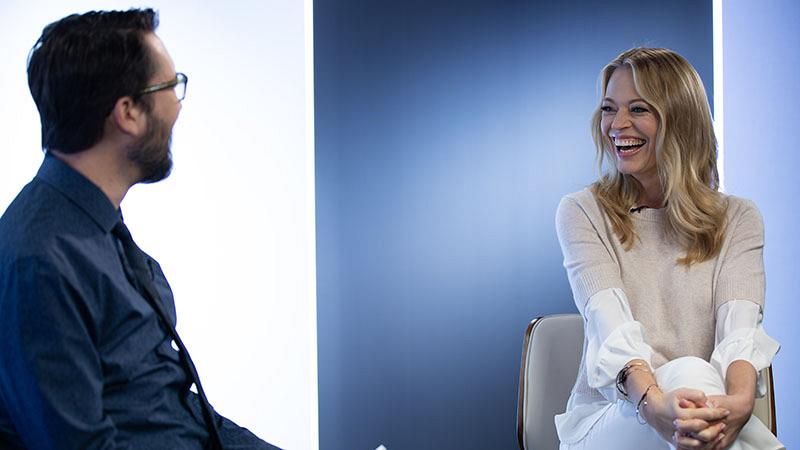 Returning to Seven Of Nine
Ryan holds a particular distinction among the guests of "The Ready Room" as not only a returnee to the Star Trek universe but one from outside of Star Trek: The Next Generation. In some ways, she says, that wasn't much help in returning to her Star Trek: Voyager ex-Borg character, Seven Of Nine.

"That was really scary when I got the first script," Ryan explains, "because her voice was completely different. I mean everything about her was different, but I couldn't find her voice in the script. And I was literally panicking."

Thankfully, however, Ryan has friends in high places, including fellow Star Trek denizen Jonathan Del Arco (Star Trek: The Next Generation), who also reprises his role in Star Trek: Picard as Hugh, formerly Third of Five, a fellow former Borg drone. Ryan says Del Arco had just shot his Picard scenes a week previous, so she called him up to see if he could help. After the two worked on the script for about two hours, Ryan says Del Arco provided the key insight she needed.

The Seven we see in Picard is a much-changed Seven, who's been ostracized and persecuted for her association with the Borg, historically universally despised in the Trek universe. In Picard, and especially in "The Impossible Box," there continues to be a divide between those who see the Borg as drone tyrants who forcibly assimilated other species, or as a collective of victims who were themselves forced into compliance and then later ostracized for it. Ryan says she had that view of the Borg in mind while she worked on Voyager.

"That's one thing I thought they did a really good job of on Voyager, is that they didn't make it black and white, like, 'Oh, Federation's a hero and Janeway's riding in on a white horse,'" Ryan explains. "They pointed out that gray area. 'Okay, the Borg took my independence and my choice away and now you're doing the exact same thing.'" 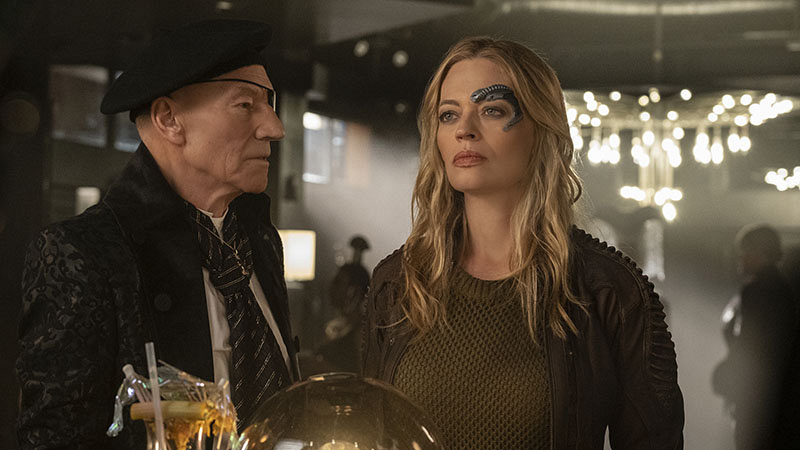 Two of a kind
Like Seven Of Nine, Jean-Luc Picard (Patrick Stewart) is also former Borg, having been assimilated as Locutus in Star Trek: The Next Generation. But Ryan says that wasn't something the two characters were necessarily prepared to talk about until a pivotal moment in Episode 5, "Stardust City Rag."

"There is a moment where she says, 'When you were separated from the Collective, do you really feel you got your humanity back?' And he said yes, and she said, 'Completely?' And he said 'no'; he had to admit it," she explains.

She continues, "That's their common ground. Like [Wil] said, you don't talk about the war. I don't think it was something that they were going to mention until that moment, where it's something they're both struggling with and this might be the last opportunity to actually mention it." 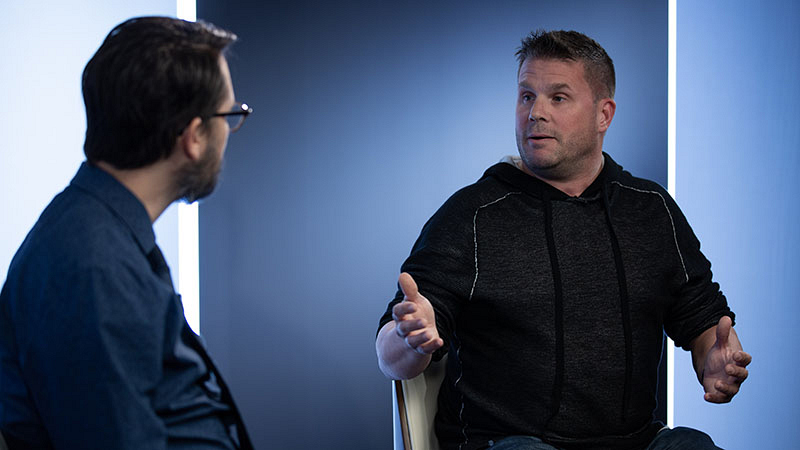 Executive Producer Rod Roddenberry also stopped by "The Ready Room" to discuss the Star Trek universe as a whole and how Star Trek: Picard reflects the ethos of Gene's vision.

"The founding philosophy is the IDIC philosophy, infinite diversity in infinite combinations, the appreciation of all things that are unique and different," he says. "In Star Trek, they weren't out seeking weird-looking aliens, they were seeking new ideas, people who looked at the universe in a different way because in the future, we know that we can evolve and grow and better ourselves by finding people who look at the universe in a different way."

He explains that the Borg are a perfect example of the Trek philosophy at work.

"We go back to [Star Trek: The Next Generation episode] 'I, Borg,' with Hugh in it," he says. "You've got that pivotal moment at the end where they can wipe out all the Borg with a virus, and they make the ethical choice that it is not right to rob these beings of their humanity, of their life. we could send this one back and hopefully, this one, Hugh, could influence them and make radical change. And of course, that is what happens."

To wrap up the latest installment of "The Ready Room," viewers get an exclusive sneak peek at the next episode of Star Trek: Picard entitled "Nepenthe," which is available to view Thursday, Mar. 5, exclusively in the U.S. on CBS All Access.