As Star Trek: Picard makes its highly anticipated debut on CBS All Access, so does an all-new installment of "The Ready Room" hosted by Wil Wheaton.

Every Thursday, following the premiere episode of Star Trek: Picard on Jan. 23, fans can enjoy all-new installments of "The Ready Room"—which will contain interviews with the series cast or crew for an inside look into the latest Star Trek: Picard episode, and lots of other goodies—at 10 AM ET / 7 AM PT on Facebook (@StarTrekCBS), IGTV (@StarTrekCBS), and YouTube (CBS All Access).

For the premiere installment, Wheaton sits down with Executive Producer Michael Chabon and Director Hanelle Culpepper to take a closer look at some of the most poignant moments of "Remembrance," the premiere episode of Star Trek: Picard, and explain how the new series pays homage to Star Trek: The Next Generation.

Spoilers abound, so read ahead with caution! 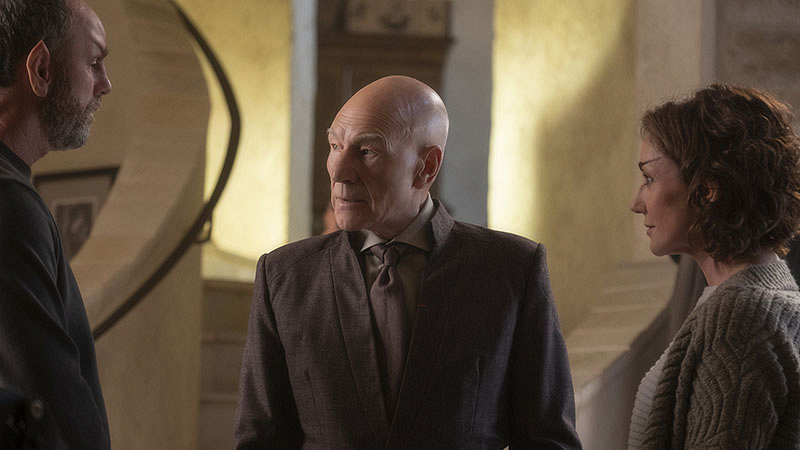 Star Trek: Picard unfolds about 15 years after the end of Star Trek: The Next Generation. Jean-Luc Picard (Patrick Stewart) has returned to his family's chateau in France after breaking with Starfleet over its decision to halt a rescue of the Romulans—Starfleet's longtime antagonist—as their planet faces imminent destruction from a supernova.

Catching up with Captain Picard more than a decade after the events of the TNG finale means audiences will have to be brought up to speed on all that happened in the interim, but the team prepared for that. Chabon tells Wheaton that the inclusion of Romulans as part of Picard's household staff at the chateau was a key aspect of making that jump without being too on the nose. 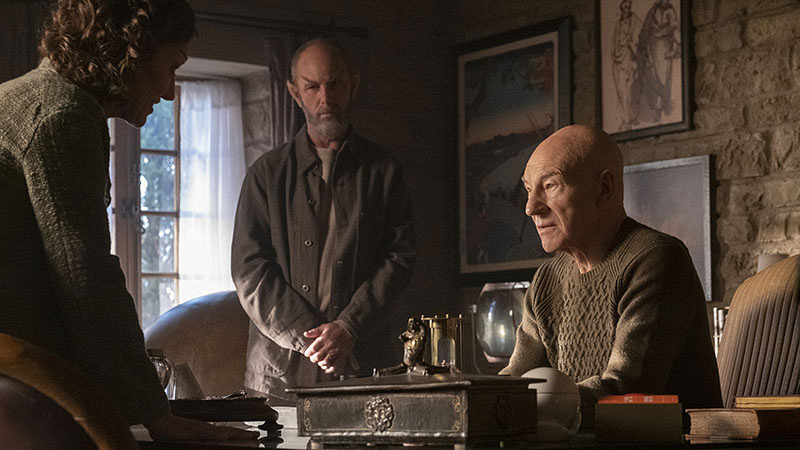 He adds that it was important to the Star Trek: Picard crew to make the series accessible to both die-hard Star Trek fans and those who have never set foot in the Star Trek universe.

Wheaton admits that his wife would have to be included in the latter group, which sparks Chabon to admit, "We made the show for her and you," Chabon said. 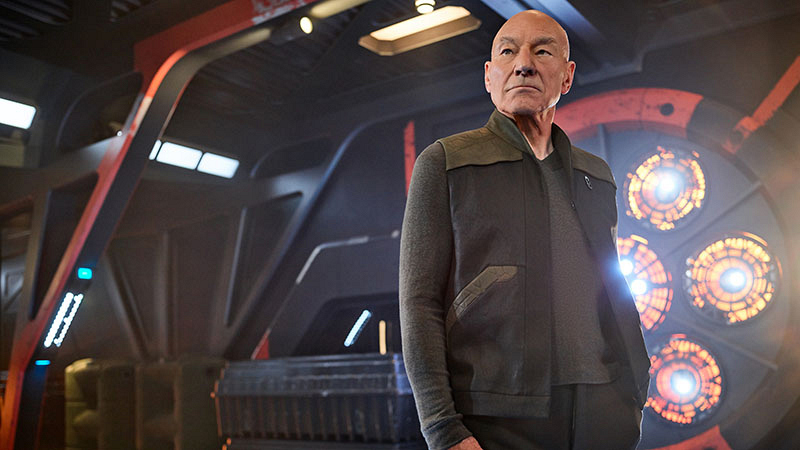 As "Remembrance" is the first we see Captain Picard in quite some time, Wheaton is excited to ask about the iconic character's personal archive. While the inclusion of that archive could have turned out as "a bunch of throwaway Easter eggs, to sort of earn Star Trek cred," he is pleased to see the production team decided to include the legendary Captain Picard Day banner from The Next Generation ("The Pegasus").

The trio touches on the questionable acting chops of the rescue pit bull who portrays Picard's dog, Number One, the significance of the furry friend's moniker, and how Culpepper visually differentiated Star Trek: Picard from Star Trek: Discovery. 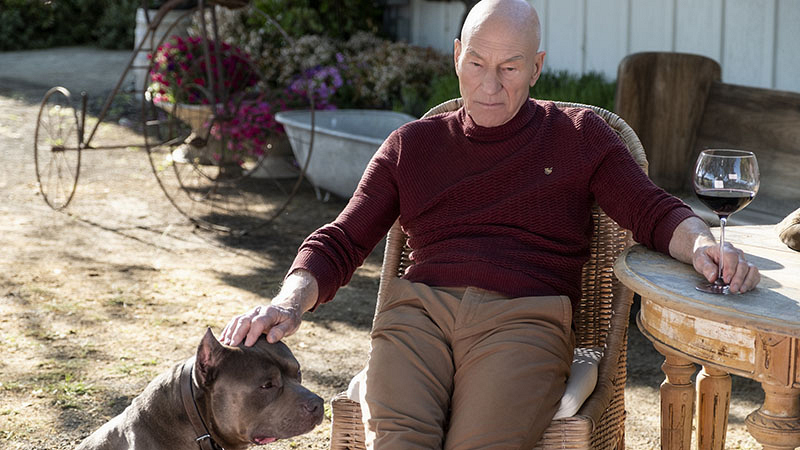 Finally, to cap things off, viewers of "The Ready Room" are treated to an exclusive sneak peek at the next episode of Star Trek: Picard entitled "Maps & Legends," which drops Thursday, Jan. 30, exclusively in the U.S. on CBS All Access.