"As CBS All Access' first original comedy series, No Activity flipped conventional storytelling on its head by showcasing some of the world's best comedic talent as they hilariously explored the mundane lives of everyday cops and criminals," said Julie McNamara, Executive Vice President, Original Content for CBS All Access. "While the first season pushed boundaries and broke rules, we are confident that Trent O'Donnell and Patrick Brammall, along with their partners at Funny Or Die and Gary Sanchez Productions, have just scratched the surface and will deliver a new season that continues to elevate this as a truly one-of-a-kind series."

From Executive Producers Will Ferrell and Adam McKay, No Activity follows two low-level cops who've spent far too much time in a car together; two criminals who are largely kept in the dark; two dispatch workers who haven't really clicked; and two Mexican tunnelers who are in way too small a space considering they've only just met.

All eight episodes of No Activity's first season are currently available to stream, only on CBS All Access.

STREAM: Season 1 Of No Activity Exclusively On CBS All Access 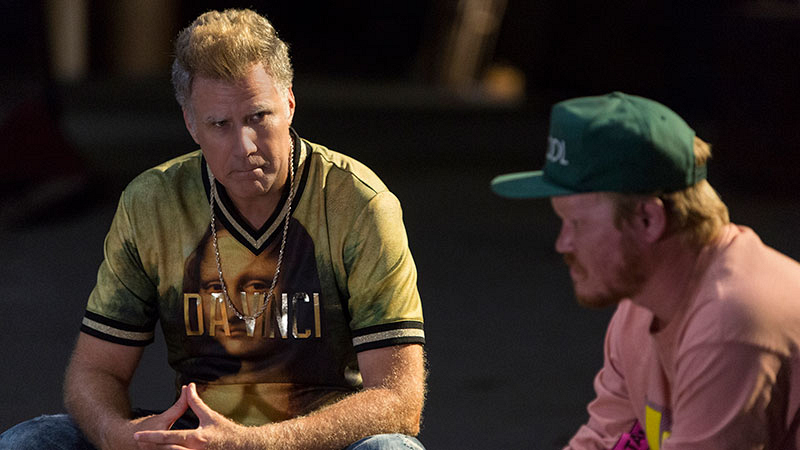 PHOTOS: Meet The Comedy All-Stars From The NSFW CBS All Access Series No Activity

The cast of No Activity's first season stars co-developer Brammall and Tim Meadows, along with guest stars like:

No Activity is produced by CBS Television Studios in association with Funny Or Die, Jungle and Gary Sanchez Productions, and is based on the Australian series produced by Jungle and broadcast by Stan.

The series is co-developed and executive produced by Trent O'Donnell and Patrick Brammall, alongside Executive Producers Will Ferrell, Adam McKay, Jason Burrows and Joe Farrell. Trent O'Donnell directed all episodes.

In addition to No Activity, CBS All Access' growing slate of original series currently includes Star Trek: Discovery and The Good Fight, which returns for Season 2 on Sunday, Mar. 4.

CBS All Access' original series library will continue to expand with the previously announced $1, The Twilight Zone, Strange Angel, Tell Me A Story, and additional programming yet to be announced.

Stream all eight episodes of No Activity Season 1, exclusively on CBS All Access.