Instinct Is The Drama Fans And Critics Have Been Waiting For

STREAM: The Full First Episode Of Instinct On CBS All Access

Forreal though, #Instinct is an epic show with two amazing leads (a kickass gay man and a kickass woman) played by AMAZING actors, with AMAZING writing. I can’t WAIT for the next episode! (And I don’t know how I’ll make it a whole week ?)


Reinhart isn't just any academic. He's a former CIA operative, too. Oh, and he happens to be the first openly gay character to lead a broadcast drama series. The groundbreaking role is brought to life by Cumming's award-winning acting cops, so it's no wonder Instinct's first episode was a hit.

The show was Sunday's #1 entertainment program in TV viewers and the biggest premiere of the week on any network. It also hit #9 for viewership across all network shows for the week. The impressive ratings start was matched by some glowing reviews: 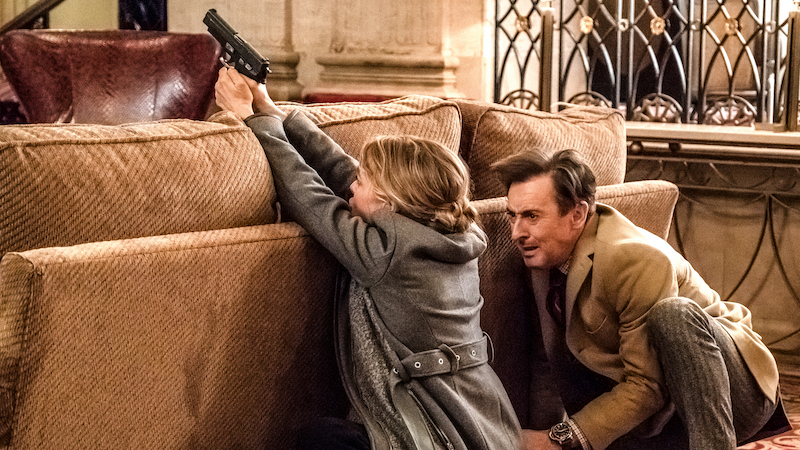 "Dylan is drawn to the life, finding excitement and inspiration in solving crimes with his no-nonsense partner Lizzie (Bojana Novakovic); and as the two investigators make their way around Manhattan, Instinct both shoots the city to advantage and explores the fascinating lives of city dwellers." — Sonia Saraiya, Variety

"CBS isn't just upping the ante in LGBTQ representation on broadcast, as Instinct could also go a long way in redefining how women are played in cop shows." — Megan Vick, TVGuide.com

Of course, fans weighed in with their own excitement for the new series:

@Alancumming @instinctcbs #Instinct is the rare, fun whodunnit, full of surprises, doesn’t pander, and is full of three-dimensional characters. I’m signed up for the full ride.

HOMERUN!! @CBS @instinctcbs is my new obsession. THANK YOU for positive LGBT representation in prime time!! @Alancumming is a delight! pic.twitter.com/9OFqFFf8hD

@Alancumming That. Was. Freakin. Awesome. @instinctcbs I'm looking forward to seeing more of the #badassnerd #Instinct

Watch all-new episodes of Instinct on Sundays at 8/7 on CBS and CBS All Access.