Say your prayers and freshen up on your science because Evil, the Paramount+ original hit series, returns for a third season and we've got your first look at the mysteries—and horrors—in store. Plus, Evil is officially renewed for Season 4 which means there is plenty more to come!

The official trailer and key art for Evil Season 3 are here and there is plenty to take in including Kristen and David's escalating attraction, creepy toys, some new demons, and the return of everyone's favorite night terror, George.

Premiering exclusively on Paramount+ on Sunday, June 12, Evil returns for a 10-episode season. New episodes will drop weekly on Sundays.

STREAM: Every Episode Of Evil On Paramount+ 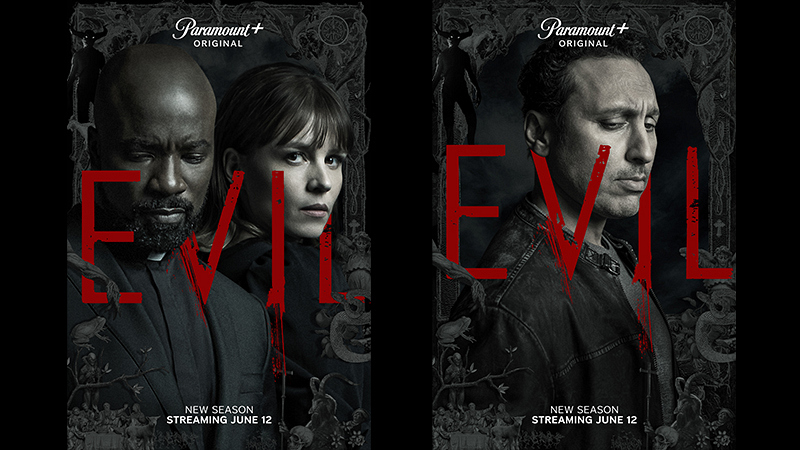 For the uninitiated, Evil is a psychological mystery that examines the origins of evil along the dividing line between science and religion. Season 3 begins moments after the end of Season 2 when Kristen and a newly ordained David kiss. The two not only have to navigate this fraught new reality, but contend with David’s involvement with “the entity,” an espionage unit within the Catholic church. Meanwhile, Ben's brain is breaking from the team's unsolved cases and turns to his sister for help.

Stream the Season 3 premiere of Evil on Sunday, June 12, exclusively on Paramount+.